I have to wonder just how fast you could get a sled going right now headed downhill on Johnston south from UL main campus...
1 likes
Top

Clarke County EMA: An Impassable Travel Advisory has now been issued for all roads and bridges in Clarke County, AL.
0 likes
Top

Yeah, same here. I work up in northern Mobile Co and they're getting it pretty good up there. I get a day off anyway. Just started here about 45 minutes ago so still a couple of hours to go. Not sure I'll wait up though.
0 likes
Top

Just caught update on fox 10 out of mobile, west bound I10 over the bay way closed, accident and roads and cars are icing up pretty bad with a couple or 3 more hours to go. Could end up being a bad morning on the roads.
0 likes
Top

Tiny snow flakes for about a minute, then back to strong frizzle. Going to need a 5 gallon bucket of hot water for the windshield tommorrow. There's already a 1/4 inch of ice on it.
0 likes
Top

Getting a pretty good snow band now. Best one so far
0 likes
Top

Getting a pretty good snow band now. Best one so far

Getting some pretty heavy sleet here now, and, some snow mixing in. Finally!
0 likes
Top

Been at all heavy snow now for about 10 minutes. So beautiful!
2 likes
Top

How much do you have on the ground? Just turned to all light snow here.
0 likes
Top

If I had to guess I'd say half an inch. I'm too cold to go measure lol
0 likes
Top

I have about a tenth of an inc if ice on my deck from freezing rain. Brrr. Glad to see you went to snow in Biloxi. Hopefully we get a little before it moves on out.
0 likes
Top

There is a quite a band of snow, about 100 miles in width, along and just behind the arctic front extending southwest to northeast from the Mississippi Gulf Coast, to the Piedmont of North Carolina early this morning. This has turned out to be an impressive event for much of the Deep South. This is the third significant winter weather event for the Deep South this season. Impressive!


The area of snow is moving east, while the coldest and drier air from the north is rapidly sinking in to erode the precip shield from the northwest. Areas of Central and South Georgia, along with the remainder of the Florida Panhandle region should see some light snow before the precip moves out of the region by noon today.

Looks like the back edge of the precip area has just passed through Mobile, AL observing radar, and at 3 a.m. CST, the snow has come to an end in Mobile.
0 likes
NEVER, EVER SAY NEVER in the tropics and weather in general, and most importantly, with life itself!!

It's too cold to go out lol but looks like we may have close to an inch on the ground North of Lucedale on the Green county line...
0 likes
Top

Second snow of the season for metro ATL. Much less accumulations than last time but still means no work today

Wind chill outside is in the negatives right now. 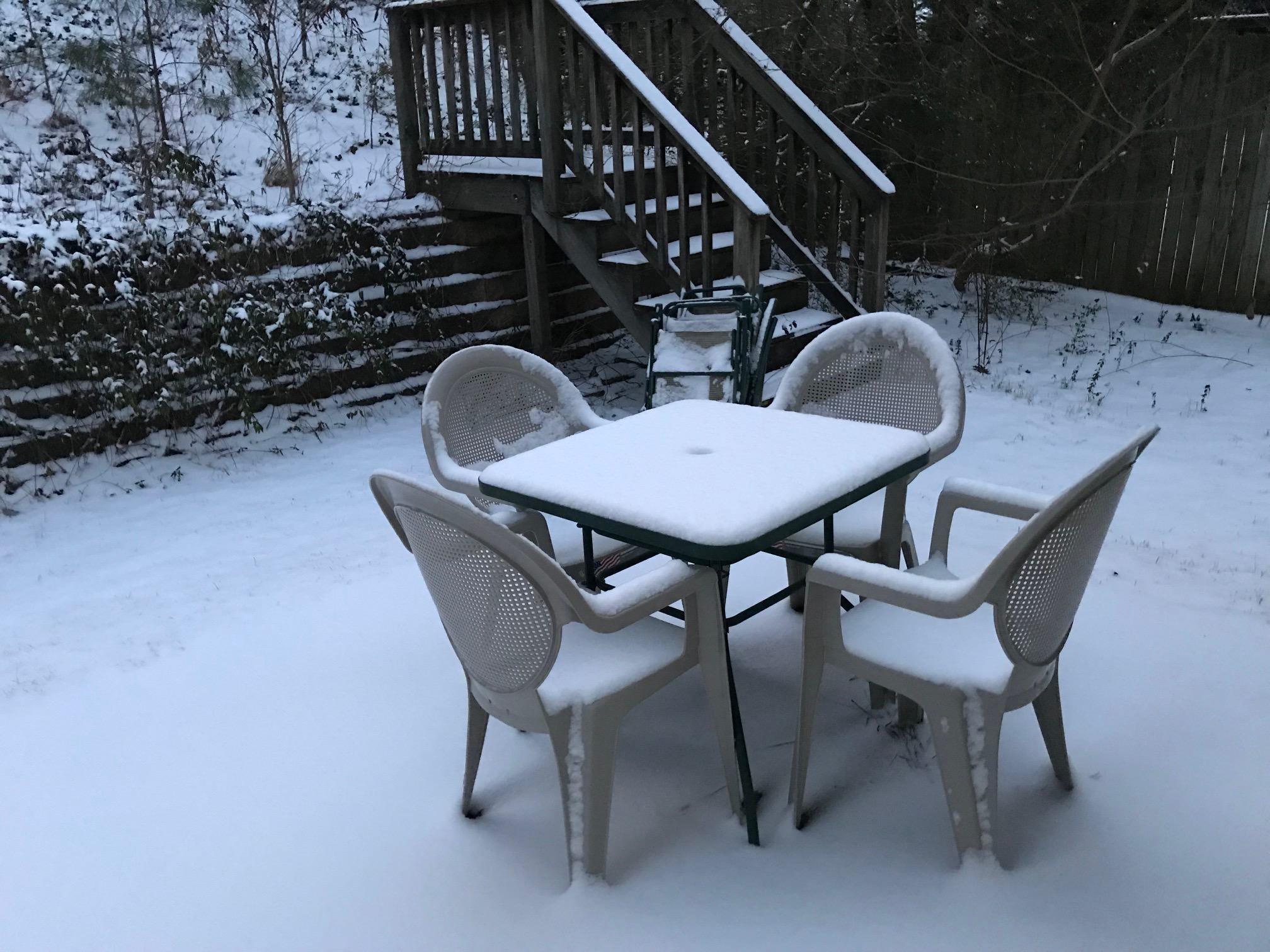 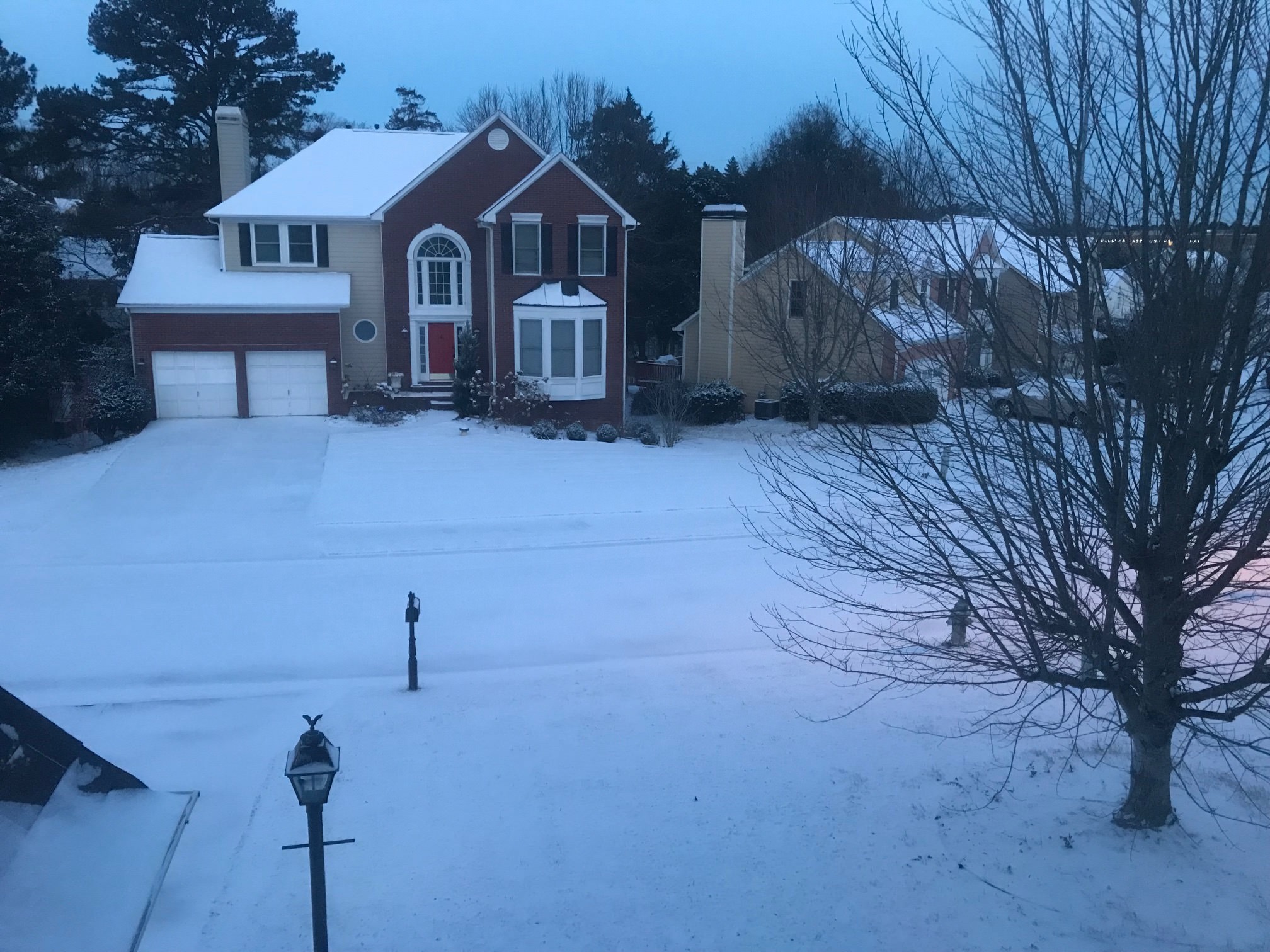 It's a sunny 22 in Lafayette with the ice beginning to melt. I'm getting ready to brave the roads and head into work.
0 likes
Top 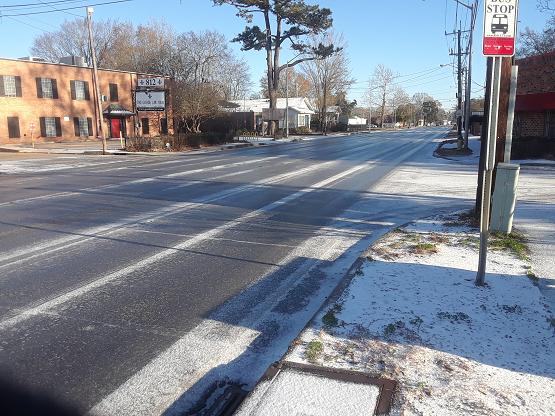 I didn't walk all the way to campus, but I'm sure you could have a nice luge or skeleton competition on the long slope leading down toward Cajundome Blvd... I'll have to check Youtube later to see if any enterprising UL students did just that...
2 likes
Top
Locked
337 posts