Record low of 16 here in Lafayette, coldest since Feb 1996 where we also reached 16. I tried to get out earlier but after seeing several vehicles in ditches I decided it was a work from home type of day. High today is 31 and whatever doesn't get full sun will stay icy.
1 likes
Top

Slidell got down to 15 this morning

Currently getting hammered here in the Triangle area of North Carolina. This pic taken from my neighborhood in the Chapel Hill area! 6 inches plus in many local areas now! 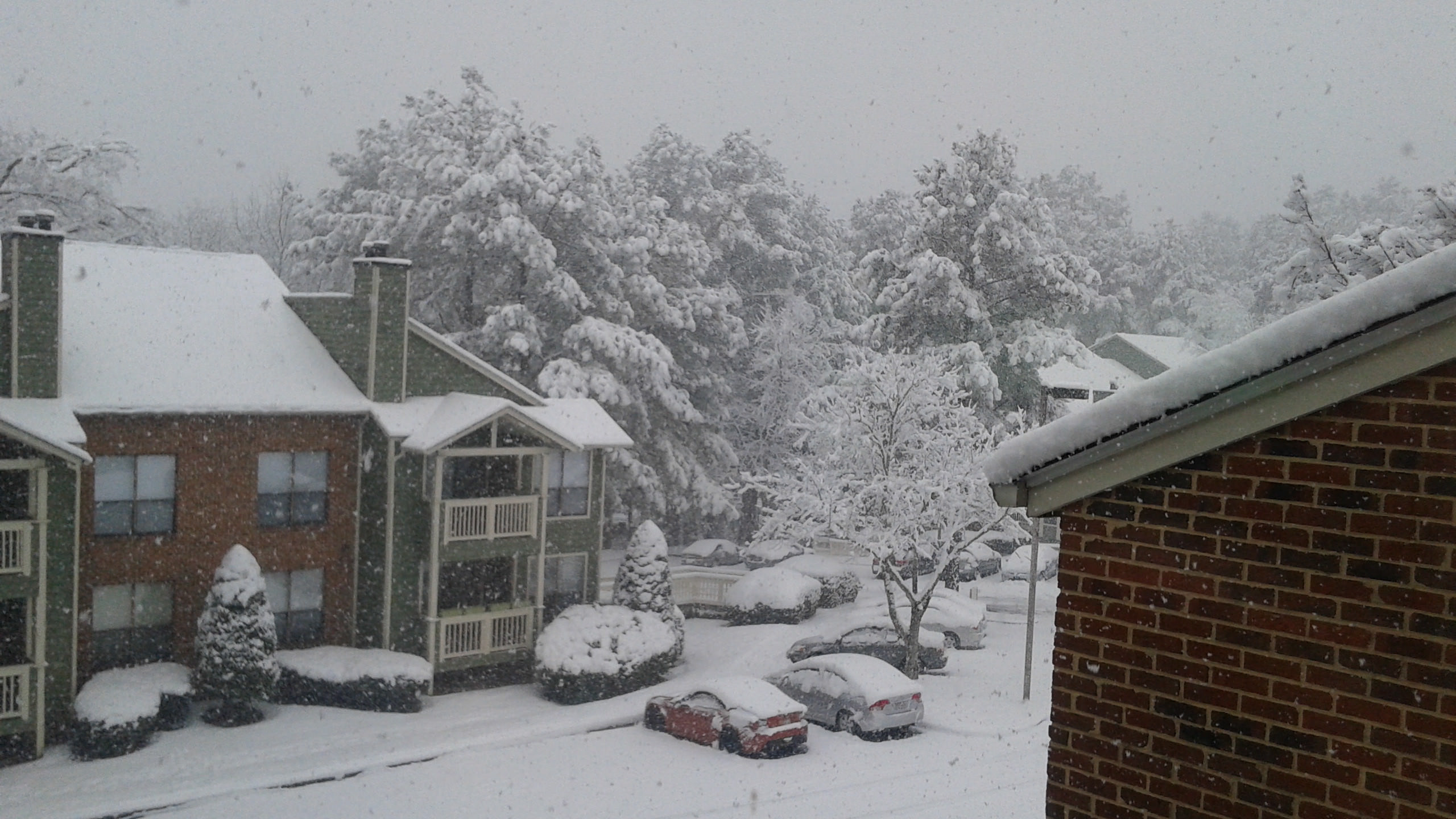 What a night here in Hattiesburg! We received 2.5-3 inches of snow in some spots. To make things even more unusual, it snowed most of the time when the temperature was in the low 20s. Snow is unusual here, but snow at that temperature is even more rare. As if that wasn’t enough, it managed to get down to 8 degrees at the Hattiesburg/Laurel Regional Airport this morning with a brutal wind chill of -5 degrees. It will be interesting to see if we can make another run for single digit temps tonight with optimal radiational cooling and snow cover still hanging around. What an incredible winter so far!
2 likes
This post is not an official forecast and should not be used as such. It is just the opinion of MississippiWx and may or may not be backed by sound meteorological data. It is not endorsed by any professional institution including storm2k.org. For Official Information please refer to the NHC and NWS products.
Top

Lafayette topped out at 30. Our forecast low is 19. I'm having a hard time believing it will only drop 11 degrees. After the winds die down tonight we're going to have nearly clean room conditions for radiational cooling. The one "problem" is that we only have patchy snow cover left.
0 likes
Top

We took the cake here in central NC, wow!! 10 to 12 inches in many spots around Chapel Hill and Durham as of tonight, with flurries still coming down. This should be the final totals, wow a foot of snow!! 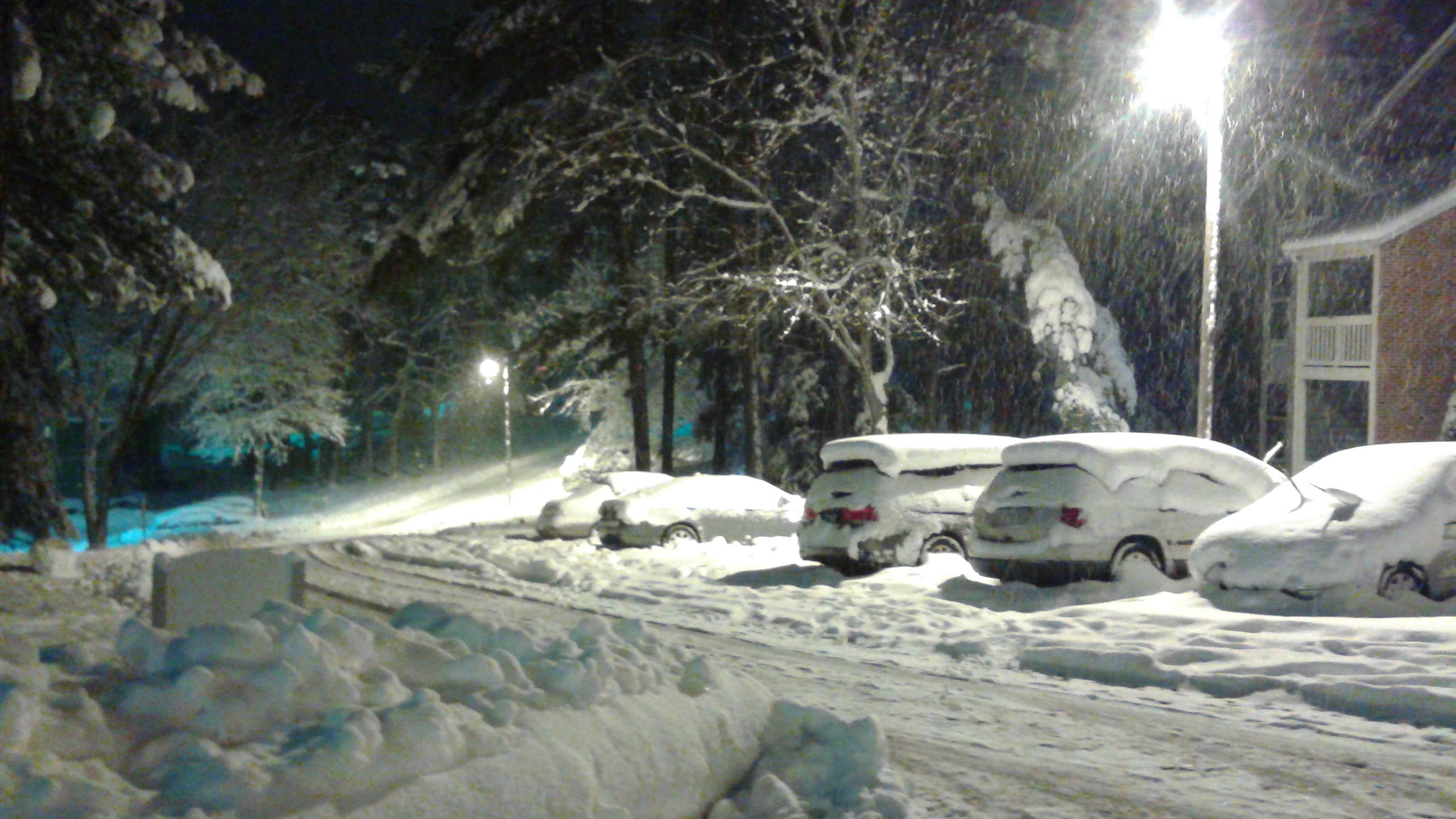 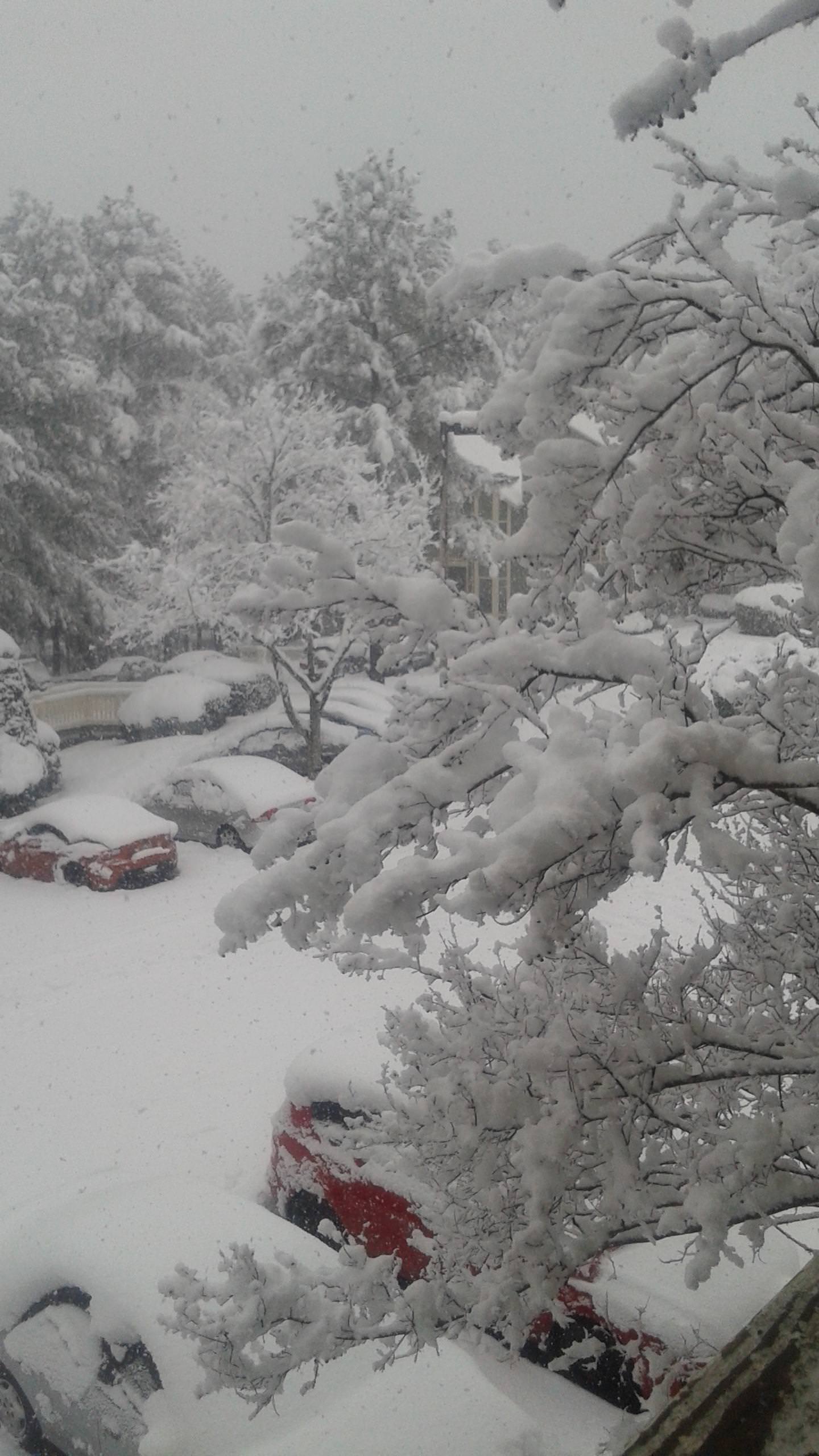 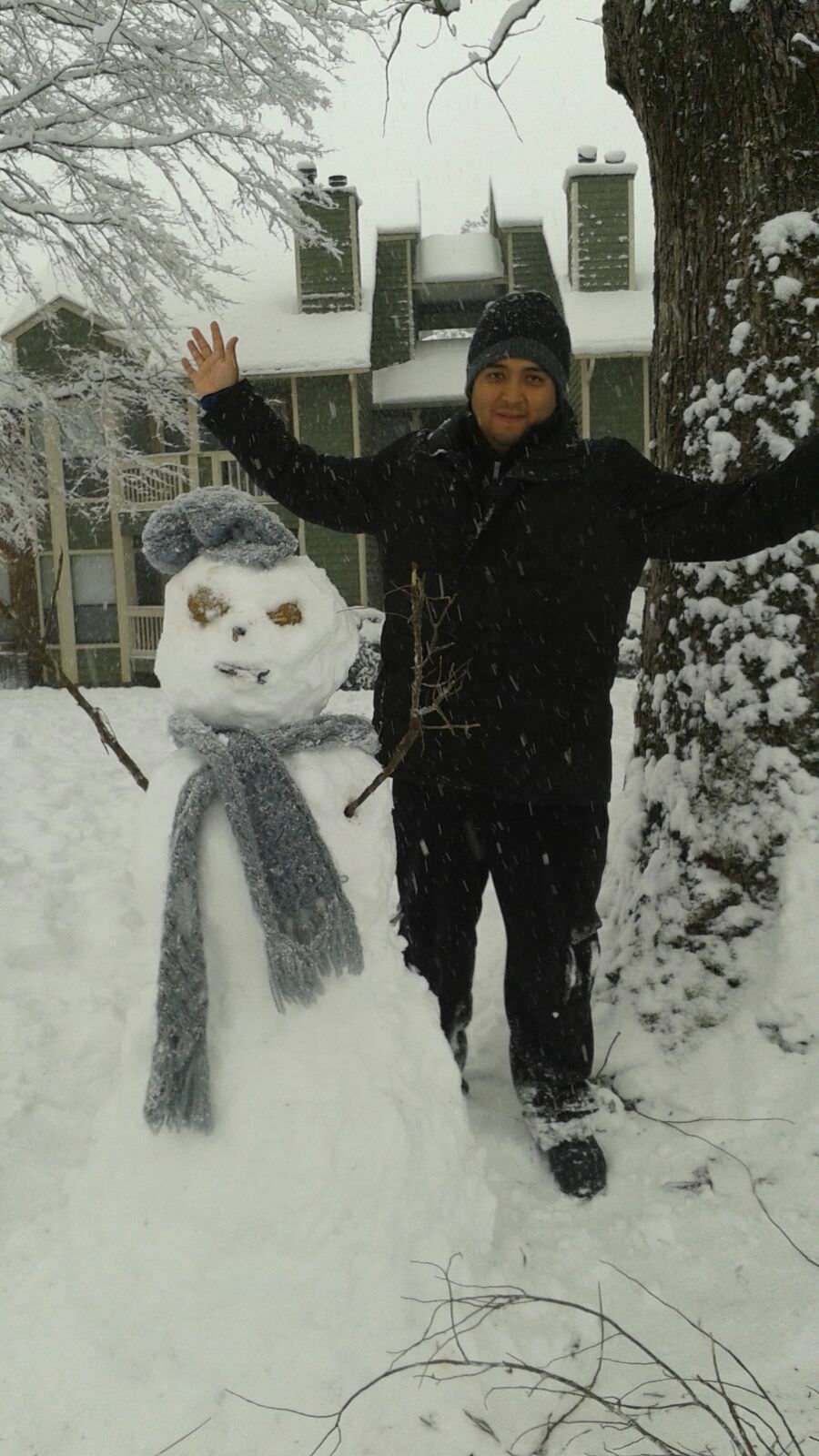 Wow!!! That is extremely impressive to say the least.

This now makes a total of 3 winter storms to impact the Deep South this winter!!

It has been an amazing winter season in the Deep South and Mid-Atlantic regions so far and we still have February still to come!
3 likes
NEVER, EVER SAY NEVER in the tropics and weather in general, and most importantly, with life itself!!

CajunMama wrote:I made it to work about 10:45. I’m 2.5 miles from work but I made it speeding along at a whopping 12 mph! I did slide through 1 stopsign though.

Ha ha. Reminds me of this classic ad.
0 likes
Top

Made it down to 17 officially the morning which beats the record low of 18. I can't remember the last time we had back to back record lows around here during winter!
0 likes
Top

The ground is still white in the shaded areas in the north part of the county, but almost all has burned off on the roads except under the overpasses where it's melting from above and refreezing at night. It was a very tricky ride into work yesterday, with cars spinning off the road and quite a few left in the ditches. We're not built for this, but it sure is fun watching it fall. It's supposed to get back into the upper 60's next week and I'm kind of looking forward to it, but wouldn't mind having another one this winter for the trifecta. That probably hasn't happened around here since the last ice age.
1 likes
Top

0 likes
NCSU meteorology student and weather blogger at www.cyclonicfury.com. My forecasts and thoughts are NOT official, for official forecasts please consult the National Hurricane Center.
Top

I discussed this in the Florida Weather Thread in response to Winter Cancel posts. Well, saying winter cancel in mid- February is a risky proposition to say the least, with the prominent exception being those living in South Florida, where there the odds of seeing a major cool down past mid- February are extremely lower, compared to the rest of the Deep South region.

Now, it is quite tempting for many others right now to say winter cancel who are experiencing spring fever, enjoying the February thaw the Deep South has been experiencing since the calendar turned to February.

However, I have been in the business entirely too long to not get complacent about counting out a return of Old Man Winter between now and running through into the middle portion of March. My experiences over the years definitely have given me valuable wisdom concerning this matter I can assure you.

I will take the odds being better of seeing another significant cold spell affecting the region within the next month. It happens quite often that a late season cold spell will materialize. Looking very long range out through the next 10 days or so, the Bermuda Atlantic Ridge looks to hold firm over Florida and the Southeast U.S.

My hunch: I am thinking that we will see a pattern change as we enter into the first 1/2 of March for the Eastern CONUS. I think we will get one last good recharge of polar air to come south after about for more than a month since the last significant cold spell by that juncture over the Deep South region.
1 likes
NEVER, EVER SAY NEVER in the tropics and weather in general, and most importantly, with life itself!!

I am posting to highlight to pay attention to the NAO as we get into March. Long range guidance is beginning to latch onto the possibility of the NAO going negative heading into March. PNA is negative currently, but that could change the next 2-3 weeks.

I would not start planting spring gardens over areas of the Deep South just yet.....
1 likes
NEVER, EVER SAY NEVER in the tropics and weather in general, and most importantly, with life itself!!

Long range 18Z GFS showing potential of seeing freezes over portions of the Deep South during the March 8-10 period as upper level trough over the Eastern CONUS finally sets up shop and flips the pattern.

The negative NAO will become established as we move into next week and the first half of March.

Old Man Winter will make perhaps his last good visit to the region over the next 10-12 days....
0 likes
NEVER, EVER SAY NEVER in the tropics and weather in general, and most importantly, with life itself!!

Per the 12Z GFS, Asheville gets rain with 37 & a dewpoint as cold as 36 & 850 mb temp down to a mere +1C on Monday 4/23. This is the coldest GFS run yet for Ash & it is getting very close to snow. I know of two times when they got measurable snow after 4/23: 4/24 and 4/27-8 (2.3"!). Also, Chattanooga, Atlanta, and others had a snowstorm 4/25/1910. So, Asheville or other areas nearby getting measurable snow as late as 4/23 wouldn't be unprecedented. So, this possibility is worth monitoring.
0 likes
Personal Forecast Disclaimer:
The posts in this forum are NOT official forecasts and should not be used as such. They are just the opinion of the poster and may or may not be backed by sound meteorological data. They are NOT endorsed by any professional institution or storm2k.org. For official information, please refer to the NHC and NWS products.
Top

Today's 12Z GFS low track is further north than was the case on most of or all of yesterday's GFS runs. This is the typical trend seen in winter. The low track was as far south as KJAX at one point and now it goes north of KSAV. As a result, it isn't nearly as cold a rain at Asheville and nearby areas and the heaviest rain is a little further north than was showing up yesterday. At Asheville the coldest it gets with the rain on the 6Z GFS is 43 vs 37 on yesterday's 12Z & the coldest 850 is +3 vs yesterday's about +0.5.
0 likes
Personal Forecast Disclaimer:
The posts in this forum are NOT official forecasts and should not be used as such. They are just the opinion of the poster and may or may not be backed by sound meteorological data. They are NOT endorsed by any professional institution or storm2k.org. For official information, please refer to the NHC and NWS products.
Top
Locked
337 posts