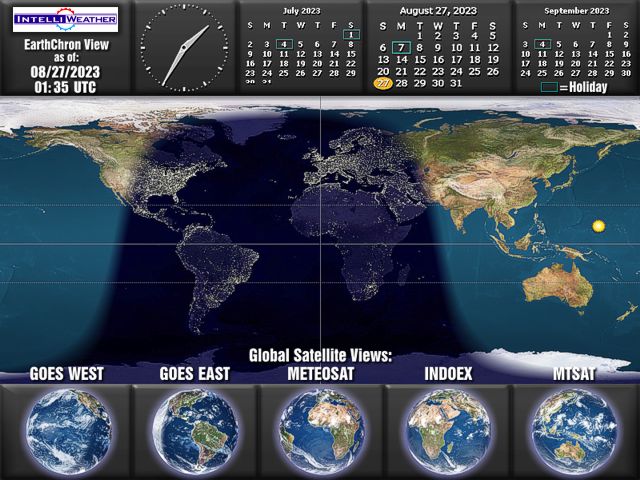 Visible Image of NE Caribbean with Soufriere Volcano at center. 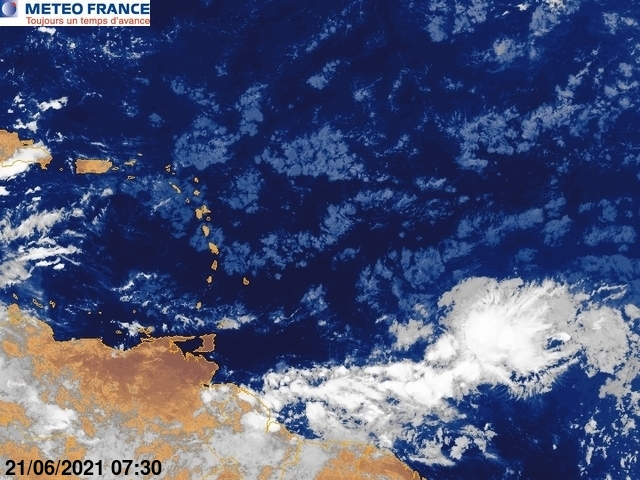 More Radars in Mexico at link below 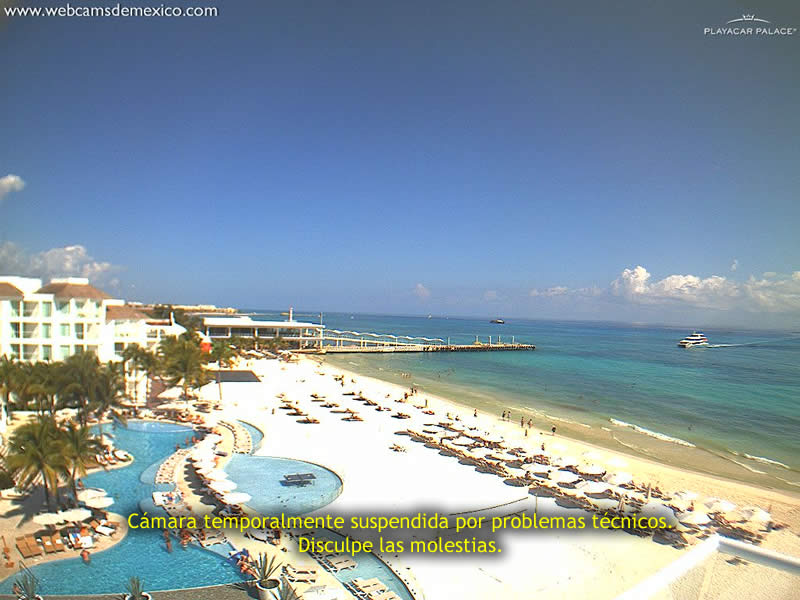 Cam of surf at coastline of San Juan 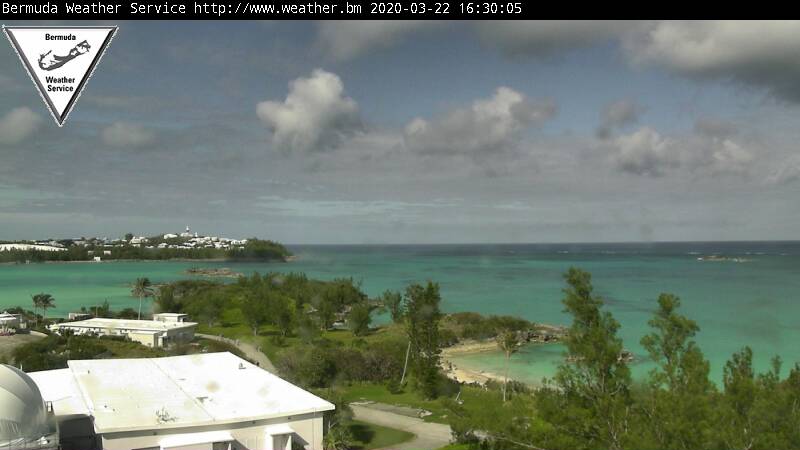 
This thread will be our tent for the whole Caribbean & Centralamerican region. Observations,forecasts,daily weather,web cams and much more are going to be part of this thread.So post away my friends.

by windycity
wow, those pics look impressive!
by boca
They say thunderstorms with winds 50 to 60 mph wouldn't that classify as a tropical storm but I have to assume that they mean surge in the trade winds after the passage of the wave.
by cycloneye

boca wrote:They say thunderstorms with winds 50 to 60 mph wouldn't that classify as a tropical storm but I have to assume that they mean surge in the trade winds after the passage of the wave.

Yes the wind surge on the Caribbean Waters not on land.
by msbee
Good morning Luis
it has been windy and rainy here since late last night
winds are around 16 MPH with much higher gusts. The airport recorded gusts of 33 MPH.
the rain is coming in short squalls. So far only about a 1/2 inch has fallen in my yard.
Right now the sky is gray. no rain, and very windy.
Nothing we can't handle.

"AND MAY LIKELY AFFECT THE SOUTH AND SOUTHWEST COASTS OF
PUERTO RICO AND SOUTHERN SLOPES. WIND GUSTS OF 50 TO 60 KNOTS WILL BE POSSIBLE ACROSS THESE AREAS"
by boca
Oh ok Luis I thought they said SW Puerto Rico and the southern slopes.
by cycloneye

bvigal wrote:I did a double-take reading that this morning. But, I think they were referring to the higher elevations ("slopes") earlier in the sentence:

"AND MAY LIKELY AFFECT THE SOUTH AND SOUTHWEST COASTS OF
PUERTO RICO AND SOUTHERN SLOPES. WIND GUSTS OF 50 TO 60 KNOTS WILL BE POSSIBLE ACROSS THESE AREAS"

Yes I also now doublechecked and are at higher elevations.
by cycloneye

I now doublechecked and yes is for higher elevations and slopes.
by boca
I guess winds at sea level are probably in the 15 to 25 knot range.
by bvigal
Our short-lived sunshine just disappeared. Watching the radar, these showers are really moving fast! But then the wave is moving almost 25kts!! If we're getting this now, I image this afternoon/tonight will be exactly as described.

I just took the potted plants off the balcony banister, so they don't blow down. At 1000 ft, will probably have some good gusts up here.
by cycloneye
caribepr,I would like to see how Culebra is going thru today as the strong wave moves thru that beautiful island.
by cycloneye
HAZARDOUS WEATHER OUTLOOK
NATIONAL WEATHER SERVICE SAN JUAN PR
730 AM AST TUE JUN 13 2006

THIS HAZARDOUS WEATHER OUTLOOK IS FOR THE U.S. VIRGIN ISLANDS.

.TODAY AND TONIGHT...A TROPICAL WAVE IS EXPECTED TO PASS JUST SOUTH
OF THE AREA THIS AFTERNOON THROUGH EARLY WEDNESDAY. AS A
RESULT...CLOUDS AND SHOWERS WILL BECOME MUCH MORE WIDESPREAD ACROSS
THE ISLANDS AND WILL BE OF SUFFICIENT INTENSITY TO CAUSE LOCAL
FLOODING OF SMALL STREAMS AND URBAN AREAS. IN ADDITION...STRONG
WINDS WILL ACCOMPANY THESE SHOWERS AND MUDSLIDES COULD BE A THREAT
ONCE THE GROUND BECOMES SATURATED.

.DAYS TWO THROUGH SEVEN...AFTERNOON SHOWERS AND THUNDERSTORMS CAN BE
EXPECTED EACH AFTERNOON WHICH COULD LEAD TO LOCALIZED FLOODING OF
SMALL STREAMS AND URBAN AREAS.

OBSERVERS SHOULD REPORT ANY SIGNIFICANT WEATHER TO THE NATIONAL
WEATHER SERVICE IN SAN JUAN.

Is this the wave that everyone was talking about earlier that was very impressive looking?

Is this the wave that everyone was talking about earlier that was very impressive looking?

Yes,a few days ago this wave looked impressive but with time as it moved westward increasing shear did not let it organize.In fact since June 4 I posted here a discussion from the San Juan NWS in which they were talking about this wave for June 12 in the area as the GFS model despicted it at that time,and really GFS nailed this wave passage with only one day off which is remarkable.

But there are a couple of waves eastward that look good now.
by Janice
Oh, thanks so much, Cycloneye. These are great pictures, graphics.


I will monitor this closely. Still hot, dry and calm here in Dorado, sunny too

THE NATIONAL WEATHER SERVICE IN SAN JUAN HAS ISSUED A

* AN ENERGETIC TROPICAL WAVE WILL MOVE ACROSS THE LOCAL AREA THIS
AFTERNOON THROUGH WEDNESDAY. ABUNDANT MOISTURE ASSOCIATED WITH
THIS FEATURE WILL RESULT IN NUMEROUS SHOWERS AND THUNDERSTORMS
ACROSS THE LOCAL ISLANDS AND COASTAL WATERS. SOME OF THESE
SHOWERS WILL PRODUCE HEAVY DOWNPOURS THAT CAN QUICKLY RESULT IN
FLASH FLOODING.

A FLASH FLOOD WATCH MEANS THAT CONDITIONS ARE FAVORABLE FOR HEAVY
RAIN ACROSS THE WATCH AREA...WHICH MAY LEAD TO FLOODING. IF YOU
ARE IN THE WATCH AREA...CHECK YOUR PREPAREDNESS REQUIREMENTS...
ESPECIALLY IF YOU HAVE INTERESTS ALONG AREA RIVERS. KEEP
INFORMED...AND BE READY FOR QUICK ACTION IF FLOODING IS OBSERVED
OR IF A FLASH FLOOD WARNING IS ISSUED.

IF YOU LIVE IN A LOW LYING OR FLOOD PRONE AREA...YOU MAY CONSIDER
PARKING YOUR VEHICLE ON HIGHER GROUND TO BE SAFE FROM FLOODING.

PEOPLE IN THE WATCH AREA SHOULD CONTINUE TO BE AWARE OF THE
POSSIBILITY FOR HEAVY RAINFALL. AVOID LOW LYING AREAS...AND BE
CAREFUL WHEN APPROACHING HIGHWAY DIPS AND UNDERPASSES. THE
HEAVY RAIN COULD ALSO CAUSE MUDSLIDES IN AREAS OF STEEP TERRAIN.

A Flash flood watch has been issued for all the island of Puerto Rico and the Virgin Islands.
by rainydaze
Where is this wave headed after it passes you by Luis?
All times are UTC-05:00
Page 1 of 1024
Powered by phpBB® Forum Software © phpBB Limited
https://www.phpbb.com/