Can't wait for Xi and Pi to be named in December just for the meme storm they will bring...
3 likes
Top

The Greek Gang have rapidly made up the low hurricane to Named storms ratio and are helping to boost that ACE up. After Iota goes, I think nearly half of the season's ACE will be from the Greeks.
5 likes
I don't get hurricanes here but I do get their remnants.
Top 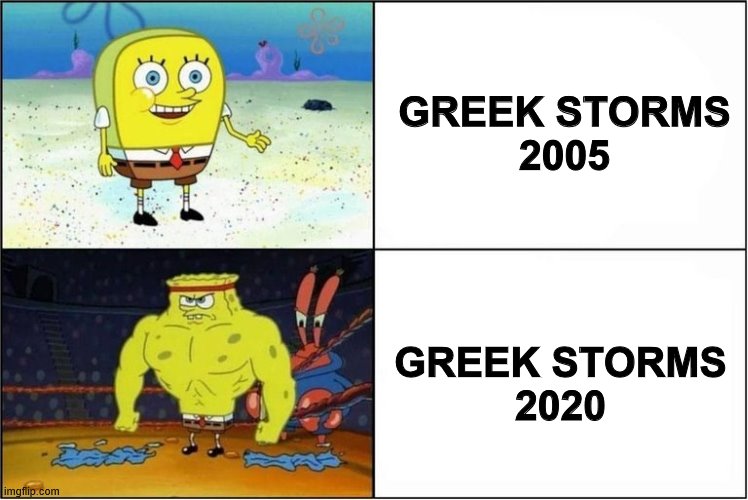 Hopefully, the people complaining about ACE/storm and, BUt wE hAD a BUncH oF TroPIcaL STorMs tO StArT learned their lesson.
5 likes
Top

Interestingly, two-thirds of this season’s six major hurricanes have occurred in October or later. Only Laura and Teddy roughly coincided with the peak.
3 likes
Formerly CapeVerdeWave/MiamiensisWx | Tracking weather since 1992 | Following S2K since 2005 | Gordon ‘94, Irene ‘99, Frances ‘04, Wilma ‘05, Irma ‘17 | March ‘94 | TS • H • Tropical • Extratropical
The posts in this forum are NOT official forecast and should not be used as such. They are just the opinion of the poster and may or may not be backed by sound meteorological data. They are NOT endorsed by any professional institution or STORM2K. For official information, please refer to products from the NHC and NWS.
Top

Shell Mound wrote:Interestingly, two-thirds of this season’s six major hurricanes have occurred in October or later. Only Laura and Teddy roughly coincided with the peak.

Outside chance either Sally or Paulette get upped to major but I’m not harping on it, so it could be three out of of seven (Zeta was def a major)
0 likes
Top

galaxy401 wrote:The Greek Gang have rapidly made up the low hurricane to Named storms ratio and are helping to boost that ACE up. After Iota goes, I think nearly half of the season's ACE will be from the Greeks.

This year got tired of being compared to 2005 given how absurdly intense July was that year, so it decided to make up for it at the end.
5 likes
The above post is not official and should not be used as such. It is the opinion of the poster and may or may not be backed by sound meteorological data. It is not endorsed by any professional institution or storm2k.org. For official information, please refer to the NHC and NWS products.
Top

What a year it has been.
7 likes
Top

It remains to see if Iota will be the grand finale of the hyperactive 2020 Atlantic hurricane season. It's not clear yet if 2020 will have any December activity. I'm somewhat skeptical of the 0/40 developing since it has been only supported by the GFS (which seems to be backing off development). After that, we may have to watch the region north of the Bahamas as the GFS and ECMWF (as well as their ensembles) have been occasionally suggesting a low many form.

I'm pretty sure we've passed the average date of the final storm dissipation. It's very likely Iota will be the last major (and would require an extremely anomalous storm for that to not be the case, but this season has been so anomalous the possibility cannot be ruled out entirely). For the month of December, TC genesis most commonly occurs over the SW Caribbean and subtropical central/eastern Atlantic. The majority of December systems in the Atlantic develop from nonp-tropical origins. December has seen a total of 19 tropical storms since 1851, an average about one every 9 years.

Unlike the pre-season month of May, which has seen at least one named storm develop in 5 of the last 6 years, the post-season month of December has been quiet recently, with no named storms since Olga in 2007 (as well as an unnamed subtropical storm in 2013). However, the 1998-2007 stretch was fascinating, during this time we saw 6 of those 9 seasons have their final named storm dissipate after November 30. Three straight seasons - all hyperactive by the ACE metric (2003-05) - ended after November 30. This could be one of the reasons why NHC is hesitant to move up the Atlantic start date to May 15th, as the recent stretch of pre-season activity may end up being similar to the 1998-2007 post-season activity stretch that has not been replicated in recent years.

Overall, I'd say chances of a post-season storm are likely less than 50%, but significantly higher than the average year. There's definitely a possibility we get one...but I wouldn't say it's probable or guaranteed.
11 likes
NCSU meteorology student and weather blogger at www.cyclonicfury.com. My forecasts and thoughts are NOT official, for official forecasts please consult the National Hurricane Center.
Top

Wasn't sure what thread to post this in but 2020 will likely have a record 7 billion-dollar hurricanes in 2020 with Isaias, Laura, Sally, Delta, Zeta, Eta, and Iota.

2020 is already the ONLY season on record to have a billion-dollar storm form in every month from July to November (5 months!).

TheStormExpert wrote::uarrow: I wouldn’t be surprised at all if the 2020 Atlantic Hurricane Season has some nasty surprises up its sleeve! The theme since 2016 has been more dangerous and destructive Atlantic Hurricane Seasons and with the lack of any kind of winter in these parts you can bet on potential record warmth in the Gulf or off the SE U.S. coastline come summertime. Hope I’m wrong.

....and boy did it have some NASSSTTTTY surprises

The last official day of the season, and not only do we have a medium-chance AOI in the NE Atlantic, but there appears to be an LLC associated with what’s left of 99L.
6 likes
Irene '11 Sandy '12 Hermine '16 May 2018 New England Derecho Fay '20 Isaias '20

I am neither a meteorology student nor a professional, I'm just a meteorology enthusiast who knows a decent amount about tropical cyclones. Look to the professional mets, the NHC, or your local weather office for the best information.
Top

Well well so it's 2021 now and we did not get a single named storm after Iota. Almost seems like the Atlantic desperately wanted to churn up a Cat 5 and after succeeding in doing so after 30 tries and during the week right before Thanksgiving week it simply decided to shut down. Looking back I personally had a gut feeling given the ENSO, crazy warm sst anomalies, and record breaking monsoon season in the beginning parts of the season that it was likely going to be hyperactive and strong, but never did I imagine breaking 2005's NS record and generating very destructive Greek named storms. Oh yeah, and remember the time when some people kept saying in the summer months that the lack of powerful hurricanes meant that a 2013 repeat was bound to happen? Well I'm seriously curious to see what they think now.
0 likes
Top
Post Reply
3394 posts