With this one being so strong so soon doesn’t it portend a much sooner and solid recurve? Anyone have any early model data?
0 likes
Top

Obviously trying to punch out a strong warm core. otowntiger wrote:With this one being so strong so soon doesn’t it portend a much sooner and solid recurve? Anyone have any early model data?

otowntiger wrote:With this one being so strong so soon doesn’t it portend a much sooner and solid recurve? Anyone have any early model data?

thanks. That sounds reasonable and typical for a wave in this area.
1 likes
Top

2. Showers and thunderstorms continue to become better organized in
association with a low pressure system located just off the west
coast of Africa. Environmental conditions are conducive for
development, and a tropical depression or tropical storm is expected
to form later today or tonight while the low moves westward or
west-northwestward over the far eastern tropical Atlantic Ocean.
Interests in the Cabo Verde Islands should monitor the progress of
this system.
* Formation chance through 48 hours...high...90 percent.
* Formation chance through 5 days...high...90 percent.
0 likes
Visit the Caribbean-Central America Weather Thread where you can find at first post web cams,radars
and observations from Caribbean basin members Click Here
Top

This is one impressive wave. Don't suspect it will take too long to reach TD status.
0 likes
I am not a Professional Met nor am I studying Meteorology. I am just a guy that enjoys learning about weather. Take everything I say with a grain of salt and get your weather forecasts from the Pros!
Top

GCANE wrote:Obviously trying to punch out a strong warm core.

Looks like it has a little rotation under that convection, too. Could easily be classified today.
0 likes
Top 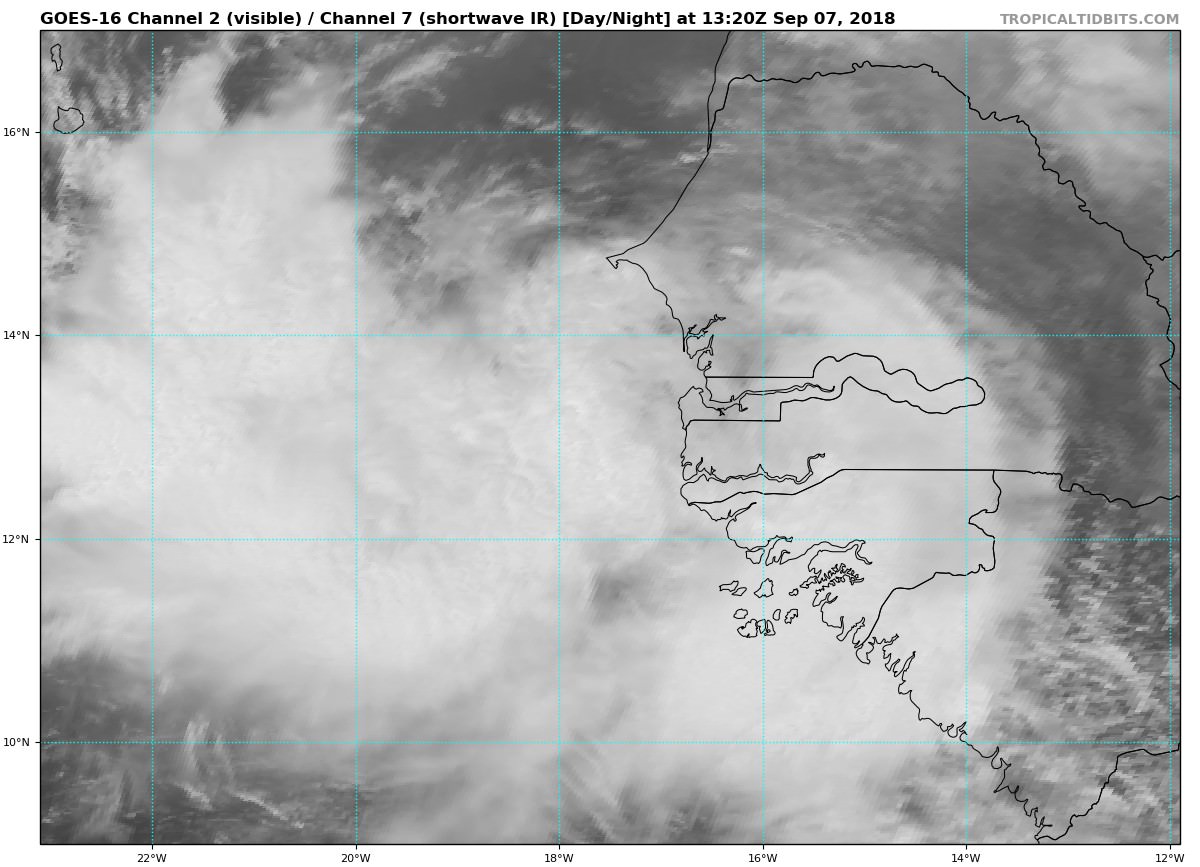 4 likes
My posts are my own personal opinion, defer to the National Hurricane Center (NHC) and other NOAA products for decision making during hurricane season.
Top

Satellite imagery and surface observations indicate that the area of
low pressure that moved off the west coast of Africa has developed a
closed circulation that appears to be well defined. However, the
convective organization, given Dvorak classifications of only T1.0,
do not support calling the system a tropical cyclone at this point.
However, given that the system is expected to be a tropical storm
near the southern Cabo Verde Islands in 36 to 48 hours, advisories
are being initiated on this system as a potential tropical cyclone
at this time, and a tropical storm warning has been issued for those
islands.

Environmental conditions of light to moderate easterly shear and
SSTs of 27-28C should support development of this system, and the
NHC forecast shows it becoming a tropical storm by 12 hours.
Gradual strengthening is indicated by the bulk of the intensity
guidance through the next 3-4 days. After that time, the shear is
forecast to increase and the system will be moving into somewhat
cooler waters, so some weakening is expected by day 5. The NHC
forecast is close to the latest HCCA guidance and a little higher
than the IVCN consensus.

The initial motion estimate is a somewhat uncertain 275/09 given
that the surface circulation is just forming. The synoptic pattern
over the eastern Atlantic features a ridge to the north of the
disturbance, which is expected to weaken by the end of the period.
This steering pattern should result in a westward to west-
northwestward motion for the next 72 hours with an increase in
forward speed, followed by a decrease in forward speed and a
slightly more poleward motion as the system responds to the weakness
in the ridge. The initial NHC track forecast is close to the latest
HCCA track consensus aid and near the middle of the guidance
envelope.

We have seen plenty of waves come off Africa looking impressive like this one. We need to see in 12 to 24 hours if it holds together then we can talk about a potential ACE pumping storm.
0 likes
Personal Forecast Disclaimer:
The posts in this forum are NOT official forecast and should not be used as such. They are just the opinion of the poster and may or may not be backed by sound meteorological data. They are NOT endorsed by any professional institution or storm2k.org. For official information, please refer to the NHC and NWS products.
Top If you're late to the party like me you may have not gotten the memo that SSD put their floaters back up:
302 KB. Source: https://www.ssd.noaa.gov/PS/TROP/storms/93L.html 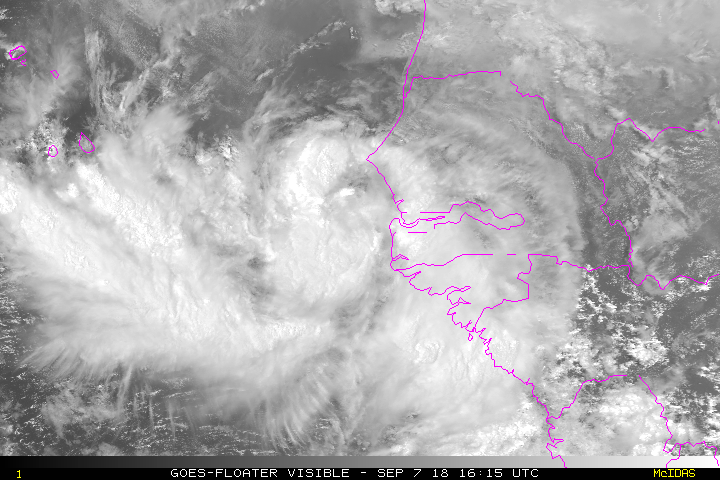 - Treat my opinions with a grain of salt. For official information see your local weather service/RSMC.
- In the summer I'm in Austin, Texas; otherwise I'm in college in upstate New York
Top

So Number 8 will be Helene, and Number 9 to be Isaac? Just checking.
0 likes
Top
Post Reply
133 posts