ASCAT pass earlier today showed 20-25kt winds underneath a band of convection to the west of a discernible LLCC, but the LLCC itself was very weak.
Likely not enough time for it to organize/strengthen into a tropical storm with only about 24-36hrs left before it moves into India. 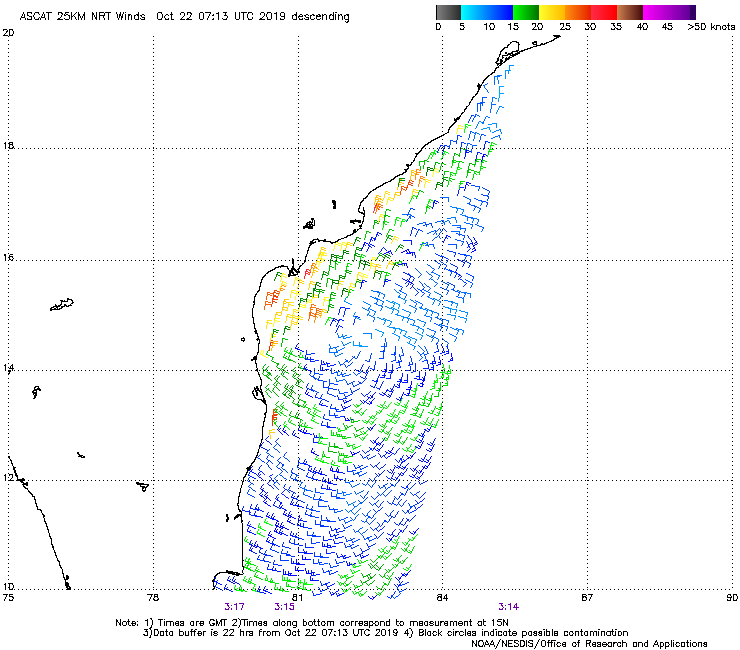